Birds, rabbits, voles, and squirrels nest around our house. Last May and June, I documented one breeding pair of robins nesting in our backyard. Most of the photos and video I included here were taken from the June nest and focus on the robins' chicks. I documented the nest activity every day, once in the morning and once in the evening.
The robins had two consecutive nesting sites in our backyard. The first, in May, was thwarted by ants and dogs (ours). Two eggs hatched from that nest. The first chick was overtaken by ants. The second chick lived for one or two days, but was killed when our dogs ripped the nest out of the holly bush it was located in (about two feet off the ground). The dogs ate the live chick and the remaining eggs.

6.27 AM The first chick leaves the nest at some point overnight or in the morning and is killed. My guess is a neighborhood cat did it. 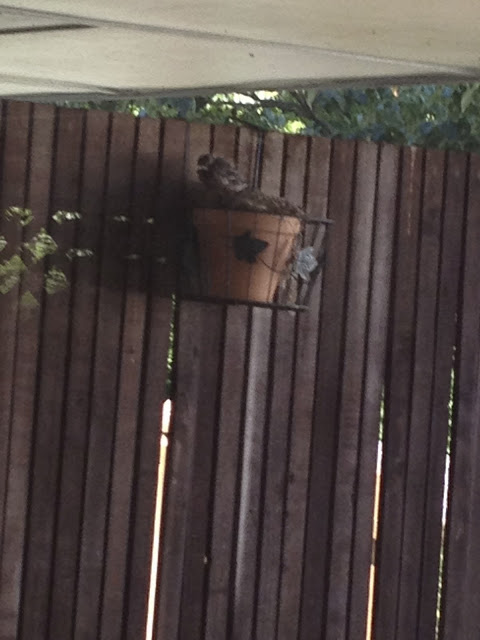 6.27 AM A second chick is ready to jump from the nest.

6.28 AM There is only one chick left in the nest. I have seen the second one running around on the ground, shepherded by a parent.

6.28 AM2 Twenty minutes later, the last chick jumped out of the nest.