Nate and I recently backpacked the Skyline-to-the-Sea trail, an easy, well-marked, thirty-two mile route, from Castle Rock State Park to Waddell Beach, in Northern California. On the trail we saw a lot of: (1) poison oak, Toxicodendron diversilobum, and (2) hikers and backpackers who were aware of its presence, but could not identify it. That's probably because poison oak is a highly versatile and varied plant that can take advantage of many micro-climates and looks very different in each of them. For this reason it is hard to identify if you are not familiar with it.
As someone who is highly sensitive to the oil produced by poison oak — I develop an oozy, itchy rash in the mere presence of its aerosolized droplets  — I am always on the lookout for it. My poison oak souvenir from Skyline-to-the-Sea was a pencil point-sized lesion on my forearm, but other hikers and backpackers had welts on their legs, arms, and faces and didn't know when or where they had been exposed. The rash can take several days to emerge after exposure.

In this post I'll identify poison oak and share several pictures from our trip so you know what to look for and how to avoid touching this plant the next time you are out on the trail.
(All photos taken on the Skyline-to-the-Sea trail between Castle Rock State Park and Waddell beach April, 2019.)

Poison oak is a native woody plant that has a three-leafed or leafleted cluster at the end of each stem. The leaves are toothed, lobed, or scalloped at the edges. There is usually a red or black appearance to the stem where the leaves diverge. Poison oak is deciduous. In the fall its leaves turn bright red and fall off.
The plant can appear as ground cover, a woody shrub, a vine, or a tree. Poison oak prefers full sun, but can grow in moist shady environments as well. Most hikers run into it because they are not looking for it in the shade or overhead.

I hope these pictures and descriptions will help you stay itch free!
Posted by M Twiddy No comments:
Email ThisBlogThis!Share to TwitterShare to FacebookShare to Pinterest
Labels: Nature 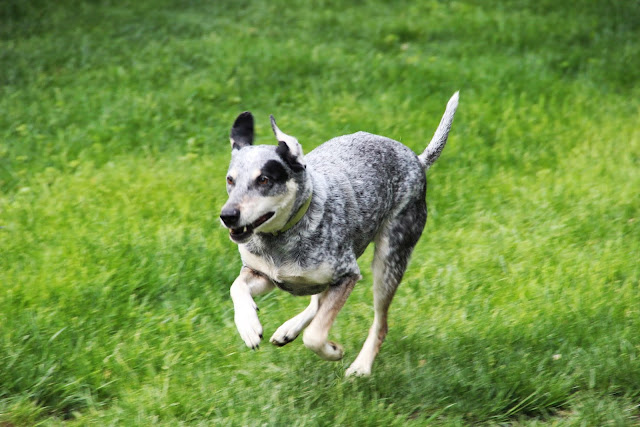 When I saw Pete for the first time he was in a kennel, with eight other littermates, at a dog shelter in New Jersey. He was humping one puppy while growling at another one, who was too close to the food dish. The rest of the puppies were nice, either licking at my hand or wagging their tails.

My husband, Vic, and I were there to get a second dog to keep Bow, our restless first dog, company. We were told the puppies would not be up for adoption for another week. We thought that sounded fine, naively thinking that we would return with Bow to choose a puppy that met his approval. We agreed we'd take any puppy but Pete.

When we came back a week later, all the puppies were gone or pending adoption except Pete, who was in his own kennel now, wide-eyed and panting. We brought him into a room with Bow. We just wanted to see what would happen. They could have cared less about each other, and Pete could have cared less about us, he checked every corner of the room, licking up any morsel of food he could find. We liked his self-assurance and cavalier attitude and said, why not, and took him home.

For the next few months, Pete terrorized our house. He pooped everywhere and was difficult to housetrain. He ate shit—his own, Bow's, whatever he could find on our walks. We had two trusting rats as pets at the time. Pete killed one of them and mangled the other so badly that I had to kill it. We learned that Pete was very sick, hosting several parasites, and visited the vet several times to purge him of one worm and then another. Each time the vet attached him to an IV and pumped him full of saline to combat severe dehydration. The vet told us Pete had a lot of spirit and that other dogs would be dead already. We felt lucky. But once Pete was healthy, his energy and destructive force redoubled.

We were renting a house, then, in a quiet wooded area in Berkeley Heights, New Jersey. Pete gnawed on the window sills, drywall, and siding. He tugged on exposed cords. He dug huge holes in the yard. He ate every rodent he could find and had diarrhea weekly. He barked at neighbors and snapped at children who approached too quickly. He was mean to Bow. Left unsupervised and out of his crate for mere minutes, Pete destroyed his surroundings. He tore up our books, shoes, rugs, furniture, and his own bed. It always happened so fast. Chew toys lasted mere seconds.

Each time Vic and I asked, Should we give Pete away? Should we ditch him at the side of the road?
Our friends told us, Pete is such a good boy. We countered, You want him?

But there was another dimension to Pete, after the first few months when he was no longer ill. As long as we were right with him, Pete obeyed. He became house-trained. He stayed when we told him to, and went to his crate to sleep. He rarely whined. Unlike Bow, he didn't run away. We could take him on long hikes off leash, on leash, with a backpack or without, and he would press forward, wide-eyed, panting, and perfect.

Pete loved us and the food we gave him. He would do anything for it. And so we were tricked, sort of, into loving him and his full-on, fierce dogginess. Pete could be wild and terrible, but also sweet and loving with Vic and me. And so we kept him and loved him and thought, We just need to wait until he's not a puppy anymore.

We waited for seven years.

On a snowy Sunday we were playing fetch in our new backyard in Maryland. This was a usual activity for Pete. He loved to leap and twist in the air and catch a ball at the apex of its arc. We tossed the ball over and over again, and when we were tired we stopped. It wasn't until later that day that we realized something was wrong.

The doctor told us that Pete had ruptured two discs in his spine. He explained that it had happened with such explosive force that Pete had wrecked his back, his spine, and may never regain the use of his rear legs, bladder, or bowels again. But after that, the same doctor performed a hemilaminectomy on Pete, and our boy slowly recovered. It took many months of physical therapy and patience, mostly provided by Vic, but Pete walked and then bunny-hopped, and eventually ran again and we felt like the luckiest humans to still have our dog.

The Pete who survived that experience was slower in body, but not in mind. He remained spunky and his goals remained the same: to play fetch, a slower form, anyway, and to eat as much shit as he could get away with. His mania seemed to subside. Pete was less of an asshole to Bow and to people in general.

That remained Pete's normal for about four more years. He survived Vic's cancer and helped me survive it. He survived a cross-country move to California and accepted Nate as my new partner. He survived Bow becoming hooked on human feces in San Francisco. He survived my pregnancy and the birth of our little human, even though he was not happy about it. And he and Nate became companions and allies, especially in the kitchen, where Pete's food drive and Nate's propensity to shower the floor with crumbs aligned.

Over the last several years, Pete morphed into a slow, sweet dog who woke up for food, rubs, and cuddles. After Bow died, Pete discovered that my daughter was a reliable source of dropped food and his position toward her softened. He was sweet to her and allowed her to share his bed with him when she needed some soft fur to snuggle into. I hope her memories of him have formed enough to last.

Two years ago Pete started wearing an all-day diaper because he couldn't feel his need to pee anymore. He stopped playing fetch and could barely make it around the block on our walks, but he never lost his lust for dog or cat shit. If he managed to grab a morsel on a walk, it would throw his bowels out of whack for days, but he didn't care. The smell of his own shit in the house didn't seem to bother him: poop snacks have always been his favorite. With every new ailment we'd say, Maybe this is it? Every time we'd leave we wondered whether Pete would be alive upon our return, but he kept going, at an imperceptibly slower pace, until this weekend, when he didn't.

Pete and Bow taught me how to love in many ways, and taught me what it means to be in charge of the pack. I remember times in my life when I didn't have a dog and I was a miserable human.

I know Pete is gone because crumbs are starting to accumulate in the kitchen like tiny monuments. And in this moment, I'm not sure what to do except remember him, share him, and pass that love on to my daughter.

Here's to you, Pete. You were the best dog. 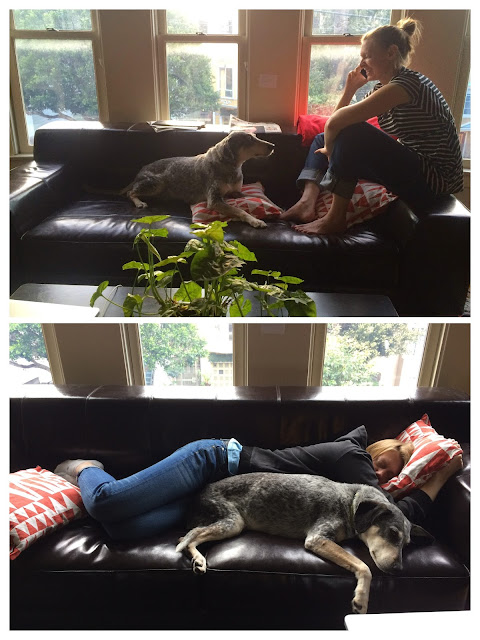