Many of my friends have toddlers. Reading to them before bed is a ritual that I have been lucky enough to participate in. I thought this New York Times article was a touching tribute to family reading time and children's books. It made me curious to read The Day the Babies Crawled Away (2003), by Peggy Rathmann and Epossumondas (2002), by Coleen Salley and Janet Stevens, and inspired me to be a better gift giver to my friends' children. It also made me remember fondly my own favorite childhood bedtime book Professor Wormbog in Search for the Zipperump-a-zoo (1976), by Mercer Mayer. 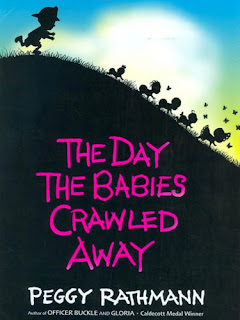 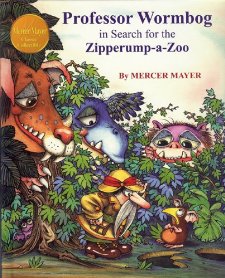 We live with two dogs, Pete and Bow. Sometimes Pete, in moments of neediness and dominance, can be an asshole to Bow.
In this series of stills, you  see Pete (gray)  walk over to Bow (black and white) and pee. Watch Pete make sure we're watching before he crosses to Bow. Watch Bow's reaction to Pete's asshole move.

Pete and Bow, you rock!
Posted by M Twiddy 1 comment:
Email ThisBlogThis!Share to TwitterShare to FacebookShare to Pinterest
Labels: Personal

After two days of eighty degree weather our perennial garden is emerging. It is strange, but beautiful, to see the plants popping up so quickly, so early.

Films that adhere to the Die Hard (DH) formula are intrinsically watchable. Several reviews of Olympus Has Fallen (OHF) by major film critics each gave the film high marks for its close resemblance to the DH experience, and yet illogically panned OHF as "vile" and "ludicrous" and "completely ridiculous."
In OHF Mike Banning, a Secret Service agent, played by Gerard Butler, takes on a White House full of terrorists to retrieve a kidnapped POTUS.
David Edelstein sets us up for DH style action in his description of terrorists invading DC airspace. "... some kind of souped-up hovercraft ... shoots almost everyone--except for Banning, who drives like mad to the scene, dodges bullets and gets inside, alone but on his game."
A. O. Scott described OHF as "... more a "school of Die Hard" production, in which a weary and battered law enforcement professional, severely constrained by time and space, fights off a ridiculous number of bad guys."
Scott Tobias explained, "The line of succession puts the speaker of the House (Morgan Freeman) in charge, but his only man on the inside is John McClane Butler, who disappointed the president in an earlier crisis, but seeks redemption by playing the fly in the ointment. He also has a wife who's a little miffed at him, because that happened in Die Hard, too."
I found Banning believable enough to watch. Although overwhelmed by the terrorist's tactics, Banning rushed in and placed himself in harm's way because that's what he was trained to do--protect the President. Just as John McClane, a cop, was trained to stop theives.
The fact that Banning is constrained by time and space is what makes the action move swiftly and decisively, what you want in a DH experience.
OHF does not employ humor in the same way that DH does. There are no catchy phrases, or middling bureaucrats to make fun of, but it is funny in a campy way. A tommy-gun style weapon erects itself from the roof of the White House and starts firing ineffectively at the terrorist hovercraft. Banning hits a bad guy over the head with, what's at hand in the White House, a bust of Abe Lincoln.
Bad acting is an essential piece of the formula as well. It was the lesser thieves and their hilarious "German" speech and accents that provided camp in DH. In OHF the bad acting is left to Morgan Freeman and Rick Yune. Freeman, who plays the acting President, slumps lower in his chair in each successive scene, giving you the impression that he's trying to duck out of the movie. And Yune, who plays Kang, the main terrorist, looks like he's trying to do his best Cary Grant impersonation.
Such close adherence to the DH formula yields an eminently watchable film. Think of Under Seige (92), Cliffhanger (93), Speed (94), Air Force One (97), and even Passenger 57 (92) as examples of films that successfully utilize this formula.
So why were these critics so eager to pan OHF with prejudice? Yes, OHF was extremely violent and unnecessarily so. And, yes, the story was unsurprising and goofy, the acting only so-so, and the action sequences and camerawork were not particularly interesting. But those are all parts of a faithful execution of the DH formula.
OHF grossed $30.5M its opening weekend, about $10M above projections. The reviews were useful for establishing the extent of OFH's adherence to the DH formula. And OHF was successful, affirming the appeal of that formula.
I was not going to see this film until I read Edelstein's, Scott's, and Tobias' reviews. They are the reason I bought a ticket! From their reviews I learned that OHF is a much higher grade DH knockoff than I expected.
The principles of watchable, escapist hero action, as established by DH, are well understood and work reliably. If you follow the DH model, people will like your film. OHF succeeds. And film critics play a useful role when they reveal, in the course of their ridicule, the quality and extent of a film's adherence to these principles.
Posted by M Twiddy No comments:
Email ThisBlogThis!Share to TwitterShare to FacebookShare to Pinterest
Labels: Cinema
Newer Posts Older Posts Home
Subscribe to: Posts (Atom)