The butterfly milkweed is in full bloom in the garden. 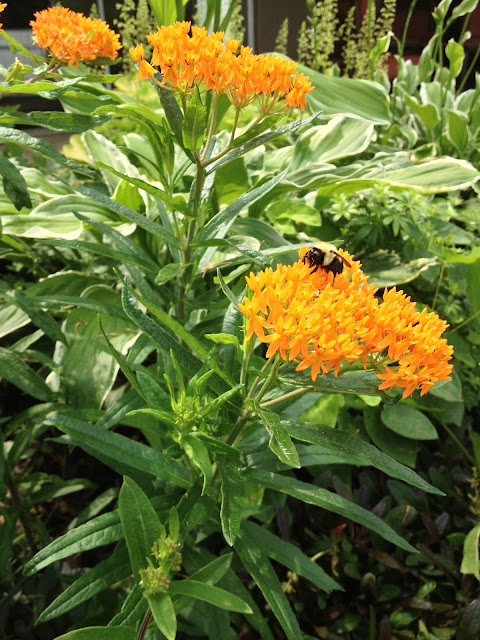 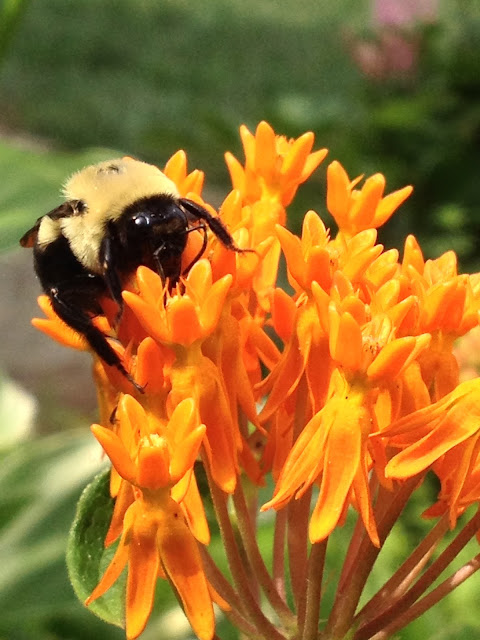 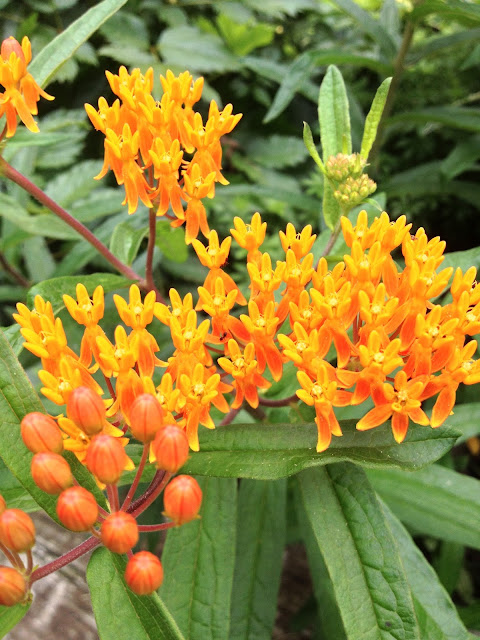 My husband was not a plant person, but he liked butterfly milkweed. It is eaten by monarch caterpillars, which reminded him of The Venture Bros. villain, The Monarch, whom he loved.
The monarchs and, subsequently, their caterpillars, will be here soon. When they arrive, I will take pictures and tally caterpillars and share the news.

Man of Steel (MOS) opens this weekend. My excitement is entirely trailer-based. After watching the three trailers below I think the film, or at least the first half, will be the superhero equivalent of a pre-2012 Terrence Malick film. Pre-2012 Malick is my favorite director.
I have had no interest in any of the recent superhero films. These trailers promise something new--a thoughtful, deconstructed, elemental exploration of an alien from outer space. It seems we will follow the alien through his early years, watch him adjust to Earth, try to find himself, and finally become a superhero just in time to confront bad guys.
Here are the three MOS trailers that speak to me:


Note the dog who appears in every trailer. He is obviously an integral part of Superman's life.


The Kent family dynamics showcased here are genuine and moving. We all wrestle with ourselves as we grow into adulthood--to be better individuals, to understand our place in the universe, to make difficult choices, to do good work--whether human or alien. Watching that familiar progression is comforting and humbling and scary, and seems appropriate for us to explore with a larger than life character like Superman.


The hopes expressed by a father for his son made me cry.

Update 6/17/13: We saw MOS at the local theater yesterday afternoon. Early in the film there is a scene where young Clark Kent is overwhelmed by his abilities while at school. He hides in a closet until his mom arrives. He says, "The world is too big, Mom." She says, "Then make it smaller." Those lines looped in my mind during the second half of the film as I watched every character get punched, kicked, and projected at high velocity. The filmmakers should have followed Mom's advice!
I really enjoyed the first half of the film, but by the end, I felt over-saturated with the smashing of bodies and buildings, wrung out, and in need of a nap.
I think a pared down, linear version of this story would work well, ending with: "You are not alone." I look forward to watching  fan re-edits online.
Posted by M Twiddy No comments:
Email ThisBlogThis!Share to TwitterShare to FacebookShare to Pinterest
Labels: Cinema

An American House Spider lives in our kitchen next to the sink. It is the perfect form of pest control and fascinating to watch. Every kitchen should have at least one spider in residence.
Our spider showed up one day last month. It must have crawled into the kitchen the same way ants do, through some unidentified gap in the window frame. As soon as it appeared the other pests in its domain disappeared. The spider eats every pesky insect that frequents our kitchen — ants, stink bugs, house flies, you name it. When the spider is done eating, the desiccated prey falls to the countertop, and I throw it away. The spider has so thoroughly cleared the kitchen of pests that I now feed it stink bugs from other parts of the house.
In this video you can see the spider preparing a stink bug meal. The spider always immobilizes its prey's legs first. You can hear the click, click, click as their exoskeleton's come into contact.
Posted by M Twiddy No comments:
Email ThisBlogThis!Share to TwitterShare to FacebookShare to Pinterest
Labels: Nature, Personal
Newer Posts Older Posts Home
Subscribe to: Posts (Atom)